Feelings rule the world. The emotional geographies and affective economies of elections, protests, of pandemic grief and loss, of spaces of migration and flight, and of the immediacy and monotony of the domestic, are forming new times of relationality and exposing new and persistent inequities. As Ahmed suggests, we must pay attention not just to affects and emotions, but to the work emotions do, to the way they not only move us but move the world. The relationship between fact and fiction, between fiction as fact, orients us towards investigating the mediums of historiography as agents of disclosure or revelation, but equally as acts of concealment. The dichotomy of the digital folds into itself leaving the virtual not just as the ‘as if’ but equally the ‘as is’ and warrants attending to. What does it mean to engender frames of history, frames of the present, frames of the future? To invoke and involve literally the situated mediations in image, in stone and bronze, in waste, in stories and feeds and posts and walls, and task concern with how they are made, unmade, and remade. If, after Marechera, fiction can be a form of combat, what new terrains of struggle are invoked through the speculative, the fabulated, and the downright weird, and what latent energy remains to be conjured from salvaging the rhetoric of revolutions gone by? If, to draw on the root of the term fictiō, to engage in fiction is to make or produce, what architectures are crafted in the act of fictioneering, making-up as making-with?

The Fiction, Feeling, Frame research theme opens up a discussion in the School of Architecture and beyond about multiple and contradictory realities of lived, digitised, mediated, speculated and contested spatial lives through the lenses, literatures, entrapments, directions, and false ends of fiction, feeling, and frame. This research operates through unstable relations of FFF – at turns, frame, fiction and feeling, or fiction feeling, frame, but sometimes feeling, frame and fiction – and multiple combative modes including performance, earth-writing, policy engagement, architectural and spatial design, photography and curation; practices of abolition, transmutation and figuration.

For more information on the research collective run by 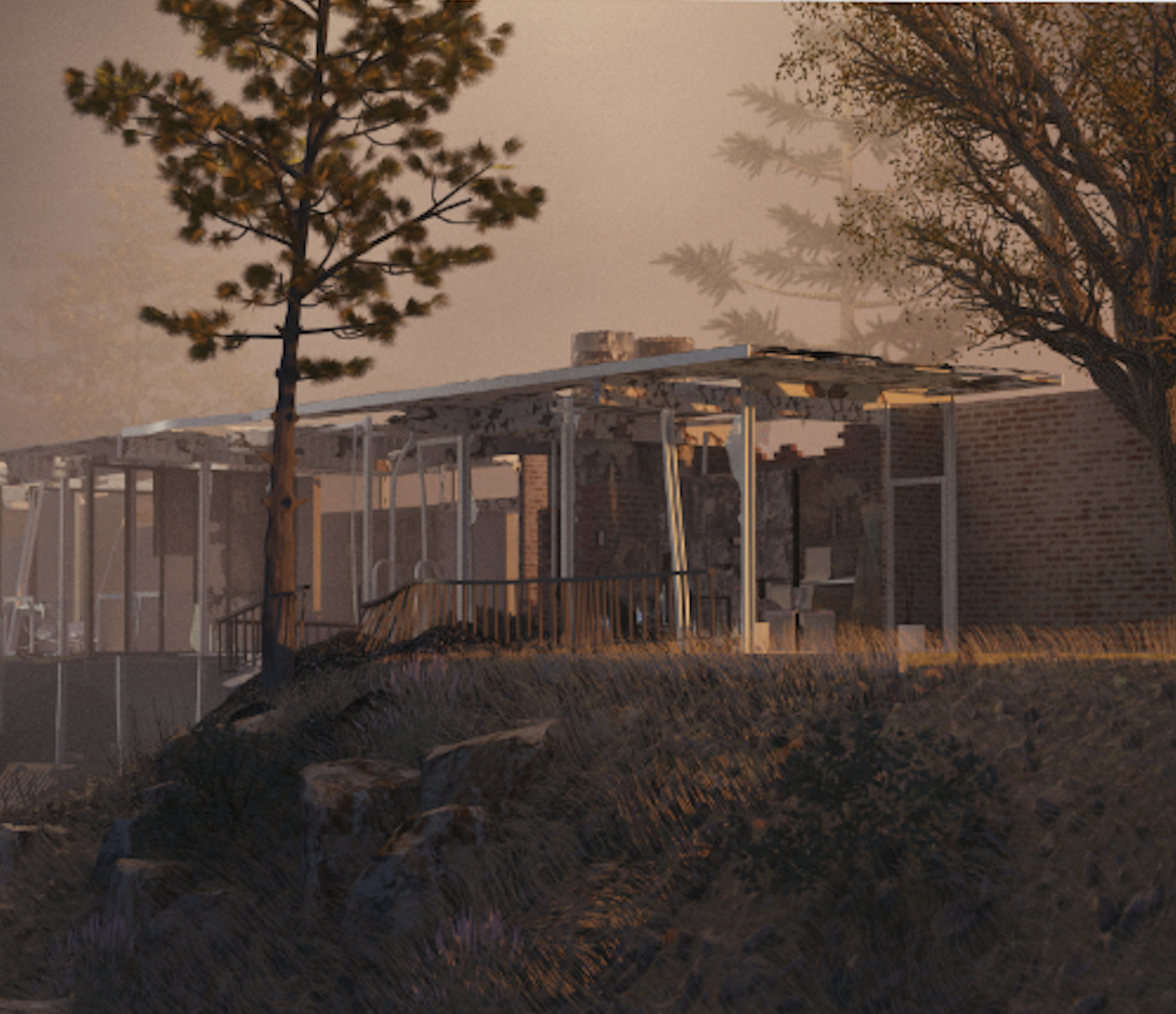 Confronting the Definition and Mediatization of ‘Extreme’ Climatic Events in California